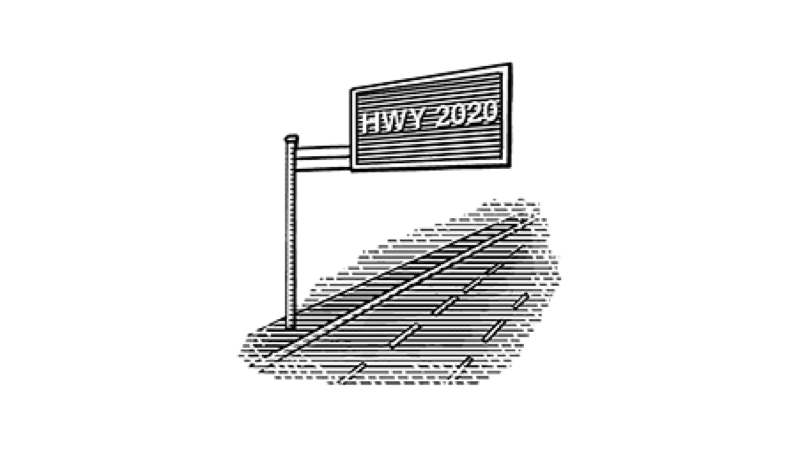 Americans were forced to change their activities, habits, and behaviors in both their home and work lives as the COVID-19 pandemic took hold in March of 2020. One immediate and noticeable change was the marked reduction in cars on the road as stay-at-home orders went into effect.

Data shows that from 2011-2018, motor vehicle accident (MVA) injury claims were the only type of workers’ compensation claim on the rise, increasing by 5% from 2011-2016 while other claim types had decreased by 17.6%, according to the National Council on Compensation Insurance (NCCI). MVA claims were not only more frequent, they were also costlier: Workplace injuries from vehicle crashes cost on average 80-100% more than all claims, because such claims tend to involve severe injuries to such body parts as head, neck, and spine.

LOST-TIME CLAIM FREQUENCY OF MOTOR VEHICLE ACCIDENTS VERSUS ALL CLAIMS 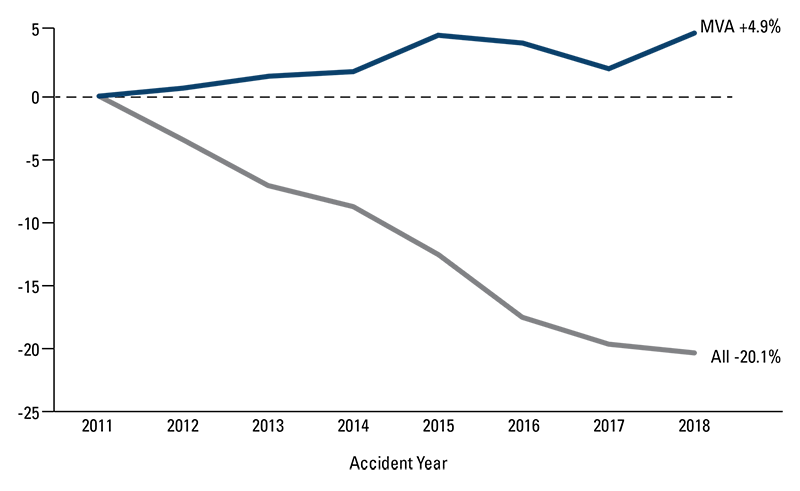 The NCCI shows the relationship between the number of MVA claims follows the number of miles driven—on average, there are two MVA claims filed per 100 million miles driven. Fast-forward to 2020, when COVID-19 hit: Employees who were capable of working from home started doing so in March, and those who couldn’t were driving on roads with dramatically less traffic. As a result, experts predicted a drop in MVA injury claims because the correlation between miles driven and accidents (i.e., two claims per 100 million miles driven) hasn’t changed in years, until last year.

The U.S. Department of Transportation says the number of miles driven by cars decreased by 20% from March to May 2020. However, the trend didn’t last long for trucks—miles driven by trucks dropped by 20% in April 2020, compared to 2019, but quickly climbed back to 2019 levels in May.

MILES DRIVEN BY MONTH (IN MILLIONS) 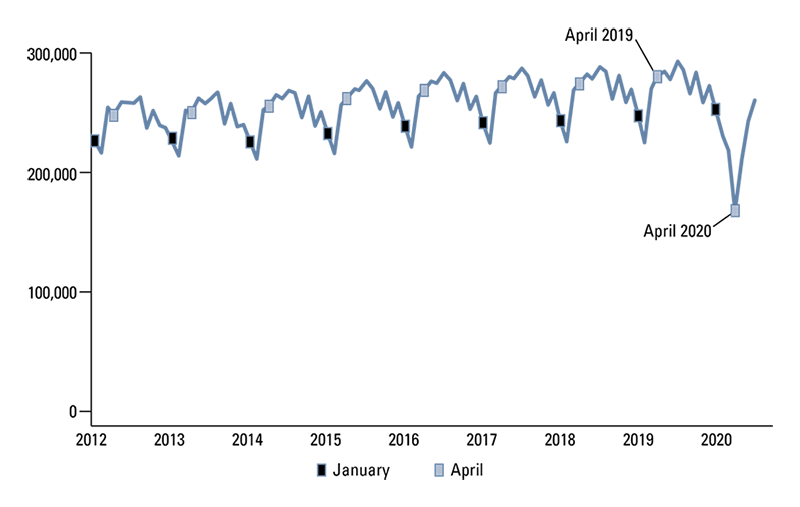 THE HOPEFUL SEARCH FOR SIGNS THE DOWNWARD TREND WILL CONTINUE

With MVA injury claims on such a steady and costly climb, claim administrators and employers looked for anything that would signal whether a reduction in frequency could continue or, at the very least, plateau. The following circumstances could affect future MVA claim numbers:

Remote working becoming permanent. As many companies saw no significant drop in productivity from employees working remotely, speculation began regarding whether a permanent shift would take hold after the pandemic. Gallup poll data showed that 62% of employed Americans worked at home during the pandemic, compared to 25% in 2016. And, a McKinsey study showed that 80% of those who worked at home during the pandemic would like to continue doing so.

“The rise in MVA fatalities during the
pandemic is due to risky behaviors
such as speeding and a lower rate
of seatbelt use, as well as a higher
likelihood of drug and alcohol use.”

Reduced traffic in metro areas. According to traffic experts, regional employment and regional traffic congestion are closely linked, and telecommuting doesn’t need to be all that widespread in order to have an impact on traffic. One expert in the San Francisco Bay Area suggested that increasing telecommuting by even 3 percent would create a noticeable difference in the area’s most congested corridors.

Safer driver behavior. Driver behavior is the greatest cause of vehicle accidents, and unfortunately the COVID-19 pandemic made it worse, despite the reduction in traffic. A disturbing trend that emerged during the stay-at-home order weeks was that while accidents decreased, the death rate per 100 million miles traveled increased nationwide, according to the National Highway Traffic Safety Administration. Experts attribute the rise in fatalities during the pandemic to risky behaviors such as speeding and a lower rate of seatbelt use, as well as a higher likelihood of drug and alcohol use.

WHAT EMPLOYERS CAN DO

The most significant reason behind the 2020 reduction in vehicle accidents was the fact that fewer cars were on the road and workers were traveling fewer miles—not because driver behavior changed. Employers need to assume that MVA injury claims could return to previous levels and plan accordingly.

Some steps to take would include:

Whether the COVID-19 pandemic proves to be a tipping point for MVA injury claims depends on whether the positive forces continue in the post-pandemic world. Those employers who saw a reduction in MVA-related costs in 2020 might be even more determined to reverse what has been a costly claim trend.