JUST A BAG OF BONES

Derek McMinn was already well known for inventing a special hip-resurfacing technique when became even more famous for another reason: The British orthopedic surgeon had been keeping the bones of more than 5,000 patients he’d operated on over the last 25 years. The stash was discovered when Edgbaston Hospital, the institution at which McMinn practiced, changed hands. McMinn’s privileges were suspended, and Britain’s Human Tissue Authority referred the matter to police. Rumor has it police have vowed to get to the bottom of the issue, using a skeleton crew.

PIN THE TALE ON THE POLICE CHIEF?

Brenda Lynn Cavoretto was responding to a police call when a 285-pound corpse fell on top of her, inflicting shoulder, back, and abdominal injuries. The chief of the Coulee City, Washington, Police Department subsequently filed for workers’ compensation, claiming that, in addition to her physical injuries, she was so traumatized by the event that she couldn’t even be around other people. Cavoretto collected a cool $67,000 in benefits before state investigators received a tip and looked into the matter. They found the 40-something Cavoretto modeling for Electric Pinup magazine, a publication owned by her husband. Appearing in photographs under the monikers “Tuff As Nailz” and “Black Widow Bettie,” Cavoretto was charged with giving false or misleading information to workers’ compensation officials. Her attorneys claim she’s innocent because she was never paid for the work. Maybe hubby will be the next one who’s “pinned up.”

After allegedly signing orders for millions of dollars’ worth of unnecessary medical equipment and opioids for patients they never met, nurse practitioners Mark Allen Hill of North Dakota and Janae Harper of Montana were charged with healthcare fraud and conspiracy to commit healthcare fraud. Brian Rabbitt, assistant attorney general for Montana, said the two are among 345 defendants across 51 federal districts who allegedly cooperated with a Florida-based telemedicine company to steal more than $6 billion from Medicare and other insurers. If convicted, Hill and Harper could face 10 years in prison and be fined $250,000. We bet they wish they hadn’t fallen down this particular Rabbitt hole. 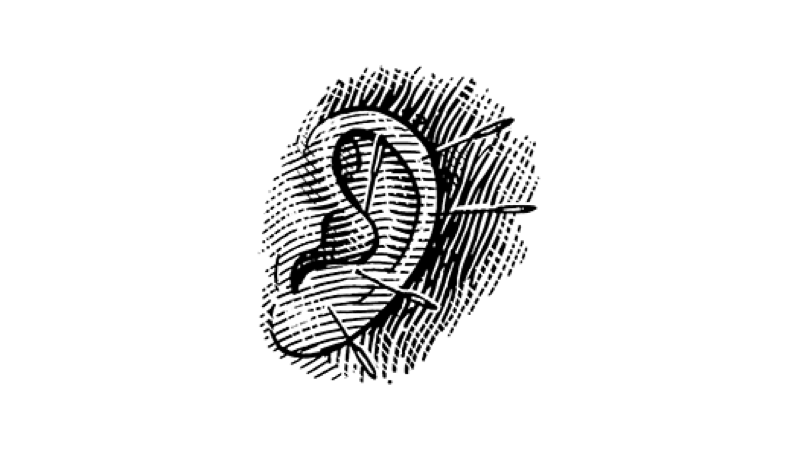 Patients must have wondered why they still had pain after Syed Nasir implanted neurostimulator electrodes in and behind their ears to treat their chronic pain. Turns out no one was getting electrodes, which cost a bundle and are usually implanted in an operating room. Instead, the Houston pain-management physician was filling their ears with tiny acupuncture needles, which cost about a penny apiece, and attaching them to a vibrator used for electro-acupuncture. Federal prosecutors say Nasir paid over $500,000 to settle charges of falsely billing Medicare for the use of neurostimulator electrodes. But another guy got off easier: Anesthesiologist Jaime Robledo of nearby Katy, Texas, paid just $100,000 to settle charges of committing the same crime. Seems when it comes to defrauding Medicare, neither doctor was wet behind the ears. 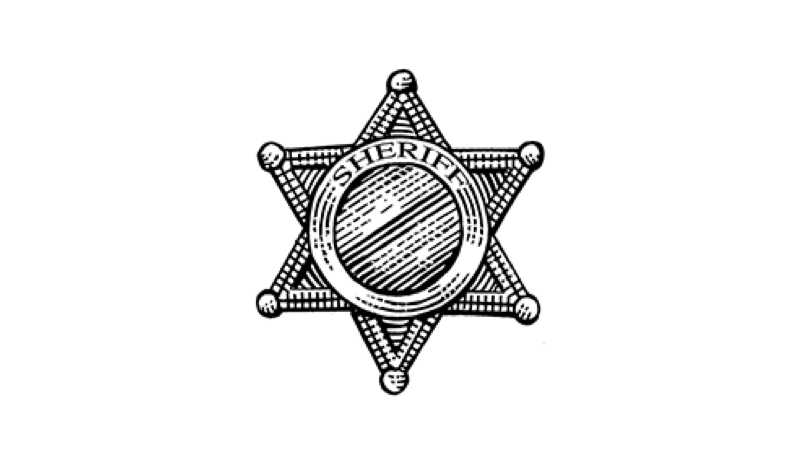 Norma and Jim Gund live in Trinity County, California, a remote and rugged outpost covering more than 3,000 square miles near the Cascade Mountains. Given their location, the middle-aged couple may not have been surprised when they got a call from the nearest sheriff’s office 100 miles away, asking them to check on a woman who lived less than a mile away from the Gunds. A sheriff’s deputy told the couple that the woman had called the California Highway Patrol for help, but hadn’t responded to repeated calls from the sheriff’s office. He said the woman may have been calling because she was worried about an approaching storm. He said nothing about a boyfriend or that the woman had whispered for help.

The Gunds drove to the woman’s house, where they were attacked by a man who punched and tased Mr. Gund and cut his throat and his wife’s throat. Somehow, Mr. Gund managed to disarm the man and escape with his wife.

Subsequently, the Gunds learned that the man who attacked them had already killed both the woman and the woman’s boyfriend. The Gunds filed suit against Trinity County for liability and misrepresentation, saying the deputy sheriff had withheld information and misled them about the circumstances of the woman’s call. A court ruled that the Gunds were acting as law enforcement officers when they went to the home and awarded them workers’ compensation benefits. But the Gunds appealed, saying they should also be paid $10 million for pain and suffering.

Long story short, the California Supreme Court ruled against the Gunds, saying workers’ compensation is the remedy for citizens who engage in law enforcement, because they might not know the extent of risk involved in their response. We’re not privy to the amount of workers’ compensation benefits the Gunds are receiving, but we have an idea how they’ll respond the next time law officers ask for their help.

Michael Barri should have stopped while he was ahead. The Long Beach, California, chiropractor had filed more than $18 million in workers’ compensation liens on 944 cases, and he was trying to collect. But Barri was also getting kickbacks for referring spinal surgery candidates to Long Beach’s Pacific Hospital. He’d pocketed over $206,000 in illegal payments when the California Department of Industrial Relations intervened. After pleading guilty to federal charges of conspiracy, Barri served a year in federal prison and was barred from treating workers’ compensation patients. But he kept trying to collect on the liens—until a workers’ compensation appeals board judge used recently enacted reforms in the system to dismiss every lien Barri had filed. Now workers’ compensation insurers don’t have to go “all the way to the bank”—but they must be laughing anyway. 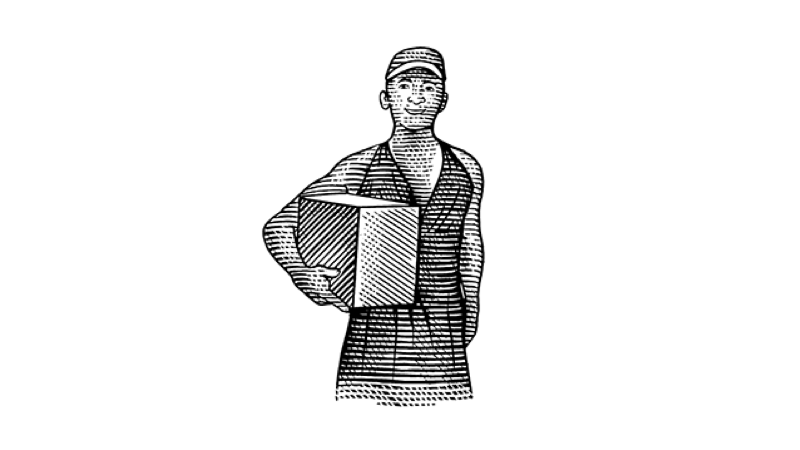 MAN POSES AS WIFE TO DELIVER FREIGHT ON THE SLY

We’re not sure how he pulled it off, but Robert Strasbaugh of Renton, Washington, worked for three years loading and delivering freight using his wife’s name. A delivery driver, Strasbaugh had collected workers’ compensation benefits since 2003, when a physician declared him totally and permanently disabled following a knee injury. But in 2019, state workers’ compensation officials received a tip and investigated. They found “Jann” Strasbaugh handling loads of up to 500 pounds. Charged with felony first-degree theft, Robert (AKA Jann) pleaded guilty and was ordered to pay back $340,000 in benefits. Robert found out the hard way that you just can’t fake a woman’s touch.

LET’S GET READY TO RUMBLE

Jonathan Quezada of Sacramento, California, was working as a cook in an IHOP when he claimed that he broke his clavicle performing his usual duties at work. He began to receive workers’ compensation benefits after he told insurers that the incident had occurred when he slipped and fell while he was cleaning the grates on the grill at his workstation.

What he failed to tell insurance providers was revealed in a surveillance tape reviewed by investigators from the California Department of Insurance (CDI). The surveillance tape showed that Quezada was not cleaning his workstation when the injury occurred, but in fact, he was wrestling with a coworker when he slipped and injured himself. CDI investigators were pretty sure performing wrestling moves were not part of his job description—and that he was no John Cena.

Quezada had collected over $22,000 worth of workers’ compensation benefits by the time he was booked into the Sacramento County Jail. Needless to say, Quezada will have to put his wrestling aspirations on hold for a while.

A CASE OF PERVERSE AMBITION

Many people retire by the time they turn 70, but not Jeffrey Janson. Investigators from the Ohio Bureau of Workers’ Compensation (OBWC) found Janson collecting paychecks from no fewer than five employers while receiving workers’ compensation benefits for an injury he incurred more than a decade earlier. Charged with felony workers’ compensation fraud, Janson pleaded guilty and was sentenced to three years of probation and restitution of the $141,000 he’d been paid in benefits. But this wasn’t his first trip around the block; Janson had been caught and convicted of the same crime in 2010. “Most people learn their lesson after a conviction for workers’ compensation fraud, but this obviously wasn’t the case for Mr. Janson,” said a state workers’ compensation official. Now that Janson has a second conviction under his belt, we wonder if he’ll try it again. 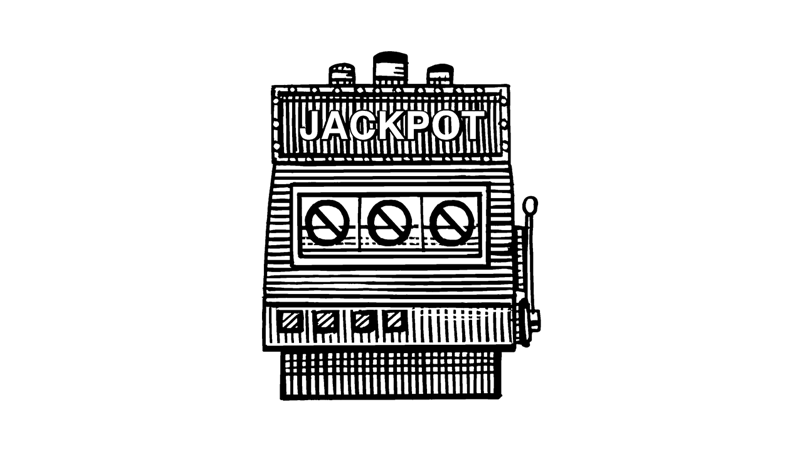 Heidi Voorhees had worked as a cocktail server for Treasure Island Casino for more than 20 years when she slipped on a wet floor and fell, injuring her elbows, knees, and ankles. The Las Vegas casino’s third-party administrator (TPA) began paying her temporary total disability benefits, but a year later, Voorhees complained that the payments were arriving late. Nevada’s Division of Industrial Relations agreed and levied a benefit penalty as well as a fine on Treasure Island and its TPA.

Voorhees was also to receive vocational rehabilitation benefits so she could avoid professional cocktailing in the future. But Treasure Island suspended the benefits because her expired passport said she was born in Libya—even though she also presented a social security card and a valid Nevada State driver’s license. Not one to take such things lying down, Voorhees filed a second complaint and again Nevada sided with her, imposing another penalty and fine on the casino and its TPA.

Altogether Voorhees filed four complaints against Treasure Island, and the casino appealed. But the Nevada Court of Appeals found in favor of Voorhees and denied Treasure Island the right to a judicial review of its mounting pile of penalties and fines. Voorhees didn’t exactly hit the jackpot, but we think Treasure Island lost a real gem.