States with a high claim count also have a high premium volume so that carriers can cover the costs of all those claims. As you can see in the chart below, which maps the premium rate against claims incidence, Vermont has relatively higher premiums to go with their high number of claims. Similarly, states with a lower number of claims can also have lower premiums, as they have less claims for which to pay. For example, Arkansas and Texas have a low number of claims and a correspondingly low volume of premium.

However, carriers also include other considerations when determining the amount of premium to charge, which can contribute to the noise in the chart below. In states such as New York, which has a low level of claims but a high level of premium, the costs per claim tend to be higher than in other states. In Nevada, on the other hand, where there is a high rate of uninsured individuals, it is possible that people are more likely to make small workers’ comp claims, which might explain why they have high claims levels but lower premiums. Wage levels, typical legal fees per case and average medical costs are all examples of other factors that can lead to a nonlinear relationship between the claims count and premium volume. 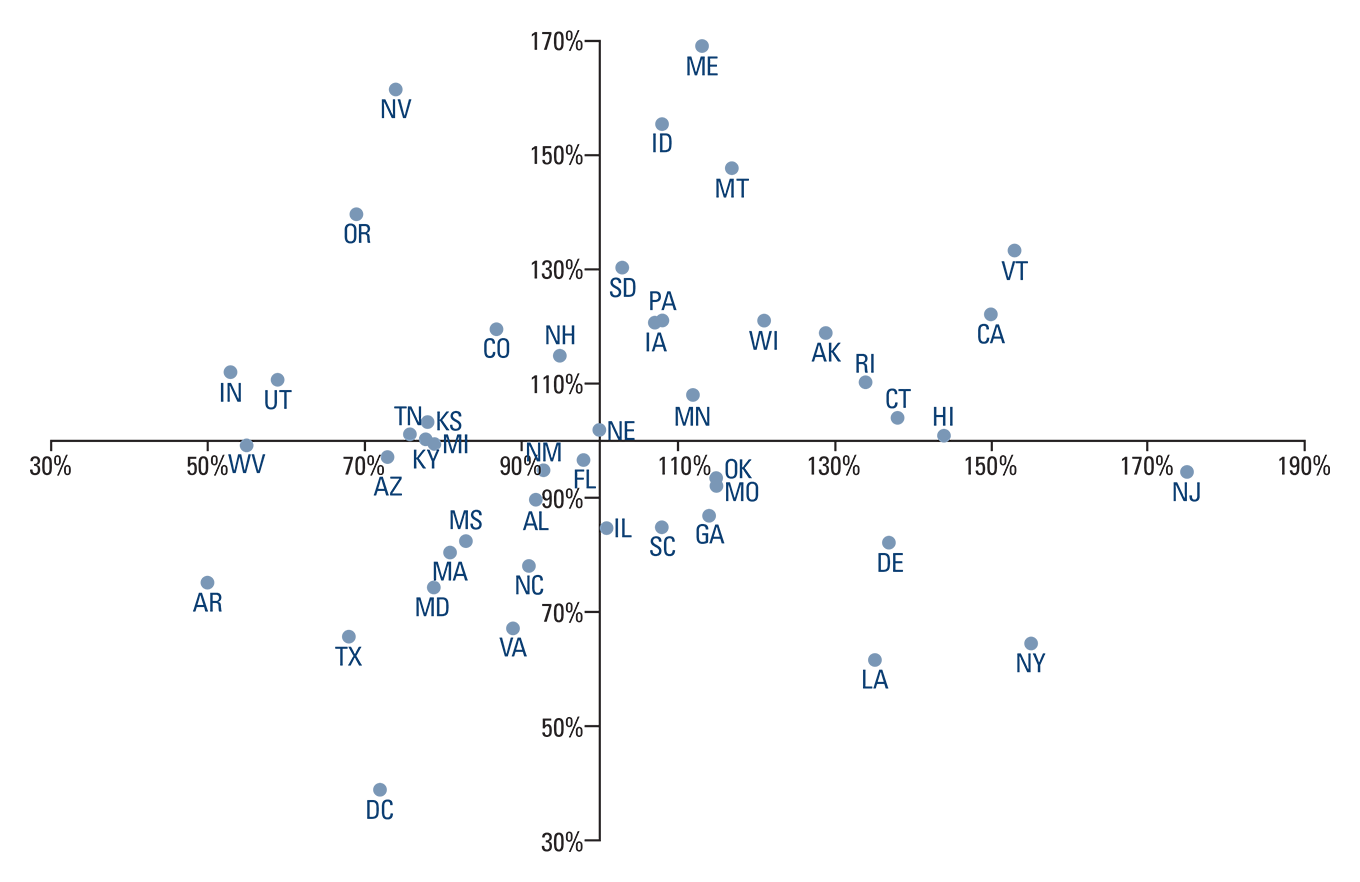