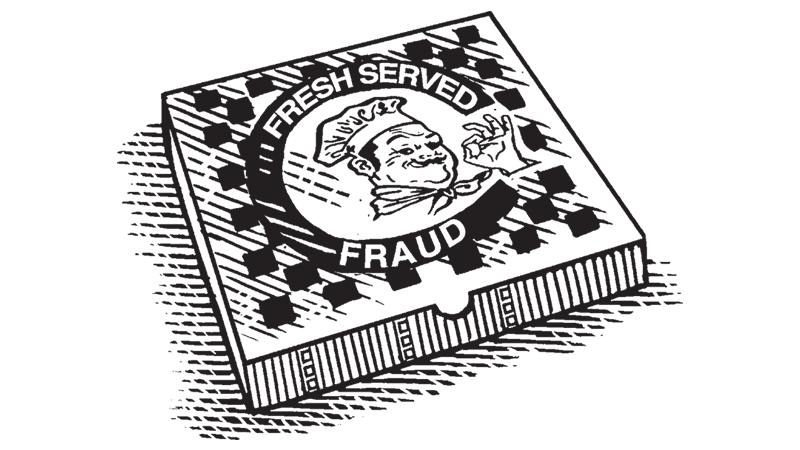 Vermont attorney Christina Rainville hadn’t eaten lunch before arriving at her office to work with a client, so she asked a paralegal to order a gluten-free pizza. Upon its arrival, both attorney and paralegal tucked in—and Rainville claimed to have taken three bites before realizing said pizza contained gluten.

Turns out the paralegal had forgotten to specify “gluten-free” and was allegedly wracked with guilt. So Rainville worked on, not wishing to make a big deal. The big deal came later when she filed for workers’ compensation, claiming her three bites induced or exacerbated no fewer than 30 medical conditions, ranging from cognitive impairment and hearing loss to plantar fasciitis in both feet.

Her law firm claimed her conditions didn’t stem from working and refused to pay. Not to be caught flat-footed, Rainville then filed a suit against her now-former employer. The Vermont Department of Labor ordered the workers’ compensation suit dismissed, ruling that Rainville’s pizza consumption was not part of her employment. Rumor has it she has her foot in the door at another law firm.

Larry Kerr, a car detailer, had finished his day at a Virginia auto dealership, so he closed up shop, punched a button to lower the garage door, and then stepped outside. As the door was lowering, he noticed an inside light was still on, and he turned and ducked beneath the closing door to get back into the building to turn off the light. Unfortunately, he tripped on the threshold and crashed onto the concrete floor, injuring his hip and femur.

The injuries required surgery, and Kerr filed a claim for workers’ compensation. But his employer argued they were not responsible, as the garage floor was clean and dry, and that Kerr had no reason for fancy footwork to get beneath the garage door. But his lawyer demurred, pointing out that the electric garage door fully closes in 16 seconds. Under those circumstances, ruled an appellate court, extraordinary movement was indeed required to re-enter the garage, and there was a legitimate connection between Kerr’s job and his resulting injury. For this car detailer, at least, the old saying is true: When one door closes, another one opens. 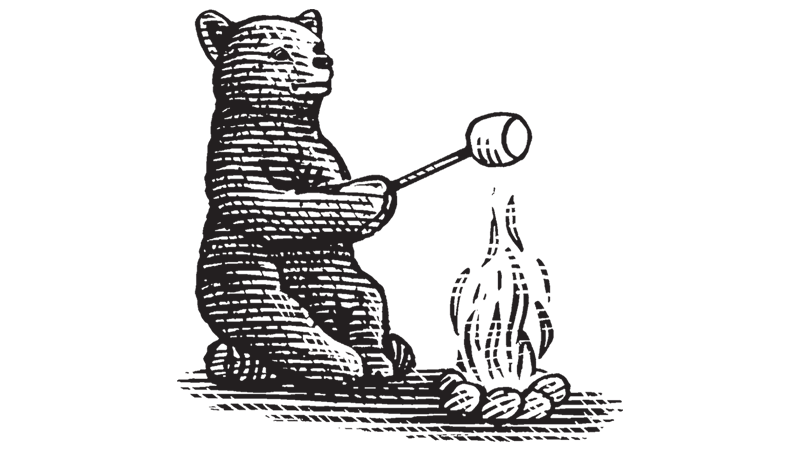 Megan Alborg was new at her job as a wildlife associate at Pennsylvania’s Nemacolin Wildlife Adventure when she was asked to lead a tour for guests wanting a behind-the-scenes look at the big animals on the property. Along with buffalo, wolves, tigers and lions, the adventure park included a caged Himalayan black bear. As a trick, Alborg was instructed to get a high five from the animal in exchange for a marshmallow.

But things didn’t go as planned. Clutching a marshmallow in her left hand, Alborg reached into the cage with her right hand. Instead of hitting the hand, the bear pulled Alborg’s arm inside the cage and mauled it, causing deep gashes, arterial damage and severe blood loss. Airlifted to a nearby hospital, Alborg subsequently lost her right thumb.

In a lawsuit filed against the owner of the wildlife adventure, two consulting veterinarians and designers of the bear cage, 24-year-old Alborg is suing for negligence and payment of all medical costs. Defendants in the case have been tight-lipped, but we bet we’ve barely heard the last of this.

It seems that Chuck Riccio of Yelm, WA, is a bragging man. After hurting his hand in a barfight, he filed a workers’ compensation claim saying the injury occurred at the bathtub and shower factory where he was employed. Then he texted friends that he’d hurt his hand in a barfight and sent photos of the injury. Later that day, he texted friends a photo of a workers’ compensation form and his injured hand with the caption, “Now L&I will cover it.”

Before long, the Washington State Department of Labor and Industries got involved and interviewed Riccio’s coworkers, including one who said Riccio had clocked him that night during the barfight.

Alas, Riccio was charged and pleaded guilty to third-degree theft, and the Superior Court ordered him to cough up court costs and to reimburse the state of Washington for his medical care. No longer hitting below the belt, Riccio is now rolling with the punches.

Somewhere along the way, someone was bound to trip up. Which is exactly what happened after an employee of Elias and Alejandra Perez’s farm labor companies in Soledad, CA, fell while working and injured his back. Instead of receiving professional medical treatment, the employee was sent to an unlicensed “professional” who worked out of his garage.

The Perezes did eventually file a workers’ compensation claim with their insurer but said the injury happened a month later than it actually occurred. California Department of Insurance investigators took a closer look and found that the Perez brothers had underreported payroll by more than $15 million, costing their workers’ compensation insurer a loss of nearly $1.5 million.

Investigators also found the Perez men owed over $1 million in unpaid taxes. In total, the two were charged with 26 felony counts of insurance and tax fraud. Talk about digging yourself in! 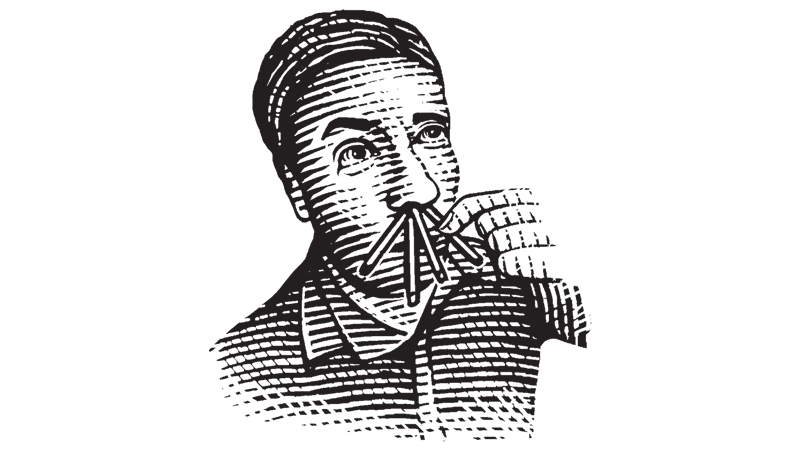 Ajani Shaw must have thought he was smart when he supplied a fake positive COVID-19 test to stay home from his job as a part-time kitchen employee at a New York nursing home. But he didn’t stop there—he then filed a workers’ compensation claim for COVID-19 that included a fake physician’s note along with the fake test results. The insurer began paying Shaw $150 per week in benefits.

Encouraged by his success, the 23-year-old began a regular correspondence with the insurance company, sending seven more positive COVID-19 tests (only two of which were authentic) and fake “out-of-work” doctor’s notes recommending weeks of isolation. At some point, however, insurers noticed that several of the COVID-19 test results had the same specimen number, and a subsequent investigation found the majority of Ajani’s submitted paperwork to be fake. Thus, in exchange for just $1,700 in workers’ compensation payments, Ajani was charged with grand larceny, insurance fraud, forgery, falsifying business records and fraudulent workers’ compensation practices. Maybe now he’s convinced that crime does not pay. 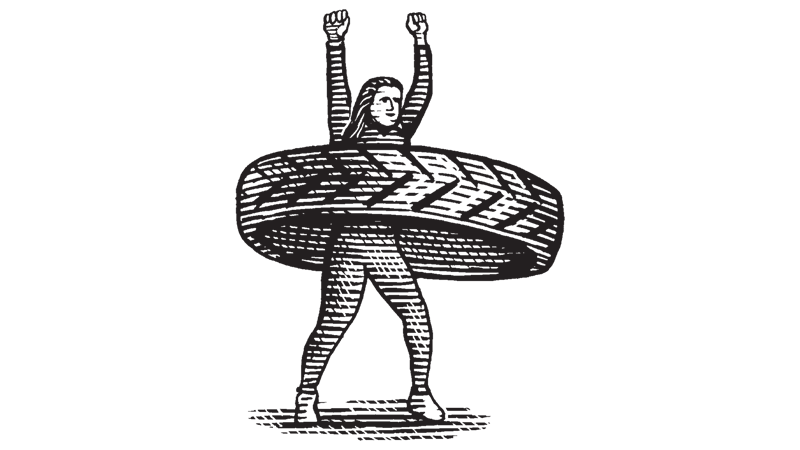 Meghan Ryan-Wirth was looking for extra income, so in addition to her job as a school nurse, she signed on to come in early and serve as a student monitor at the school where she worked. On the second morning of this side job, the principal mentioned that no extra monitors were needed, but since Ryan-Wirth was at school early, if she wished, she could participate in the school’s Cardio Club instead. Ryan-Wirth joined in—and seriously injured her back carrying a car tire in a relay race. The injury led to spinal surgery, and Ryan-Wirth filed a workers’ compensation claim for both medical and disability benefits and payment for her operation.

When the case went to court, Ryan-Wirth asked a teacher to testify in her case. The teacher was quite forthcoming. She testified that Ryan-Wirth knew her participation in Cardio Club was voluntary and that she wouldn’t be paid for it. The teacher also said Ryan-Wirth told her she was trying to lose weight and thought the workout session would be fun. But it was Ryan-Wirth who sealed the case: She admitted in court that someone had promised to pay her $661 if she dropped 30 pounds by Christmas.

Not surprisingly, a New Jersey judge ruled that her injury was not caused by her job and that she had personal reasons for joining the exercise session. We’re guessing her cardio club membership has expired.

NO COVERAGE FOR YOU

Karyl Lynn Reed was determined she would not pay for workers’ compensation insurance. Apparently, she didn’t want anyone else to pay for it either. Not only did the California woman operate her own staffing company without workers’ compensation coverage; for seven years she also posed as an insurance agent and issued fake certificates of insurance to her clients, which included an autism therapy business, an assisted living facility and a bakery. Reed allegedly raked in more than $1.4 million before one client company discovered its lack of coverage after an employee was hurt on the job.

Arrested in Texas and extradited to California, Reed was arraigned on an impressive list of felonies that included grand theft, forgery, embezzlement and aggravated white-collar crime. Wonder if she’ll be staffing her own legal defense? 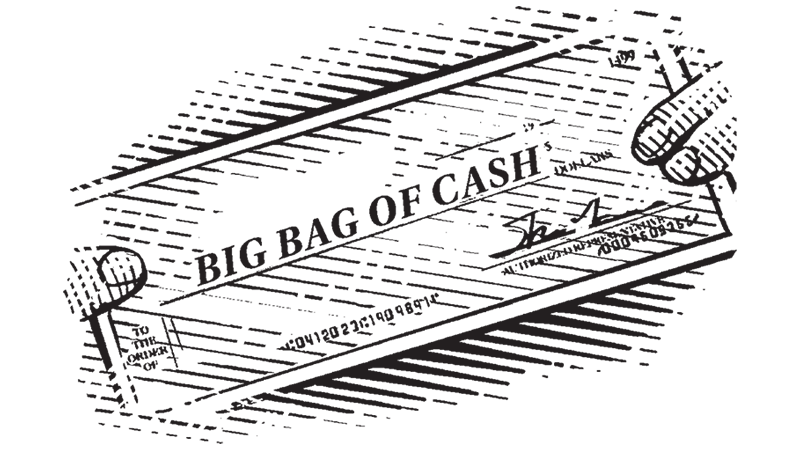 It took three years of undercover work, but federal investigators finally gathered enough evidence to charge 12 South Carolina residents with a scheme designed to avoid paying payroll taxes and workers’ compensation premiums. Information from the U.S. Attorney’s Office said contractors from seven companies in the home-building business met in parking lots with representatives of a check-cashing company. The contractors handed over checks made out to fake companies created by the check-cashers, and in return received bags of cash that they used to pay their employees, minus a 3% fee that went to the check cashers. The check-cashing company also supplied fake insurance certificates showing workers’ compensation coverage for each firm.

The defendants admitted to cashing at least $15 million in checks, resulting in thousands of dollars of tax losses to the state. All 12 defendants pleaded guilty to fraud and conspiracy charges and agreed to pay $3 million in restitution. They also face up to five years in prison and fines of $250,000 each. Looks like for the feds, at least, pounding the pavement really paid off.

A CASE OF EGG ON THE FACE?

Gary Boothe worked as a field service specialist for Missouri’s DISH Network. One morning, while on the way to his first appointment, he stopped to buy a breakfast sandwich and then hopped back into his van and started eating while driving to his destination. Along the way, he choked on his breakfast sandwich, blacked out behind the wheel and crashed the van into a pillar, sustaining injuries.

Boothe filed a workers’ compensation claim and an administrative law judge found he was entitled to benefits. However, DISH Network appealed, and the Labor and Industrial Relations Commission reversed the award, finding Mr. Boothe’s injuries did not arise out of and in the course of his employment, as his employer did not require him to eat breakfast while driving. While on the stand, Boothe acknowledged that yes, he could have had breakfast before he started working, but that he was “not a morning person.” We’re betting he’s no longer a morning breakfast sandwich person either.